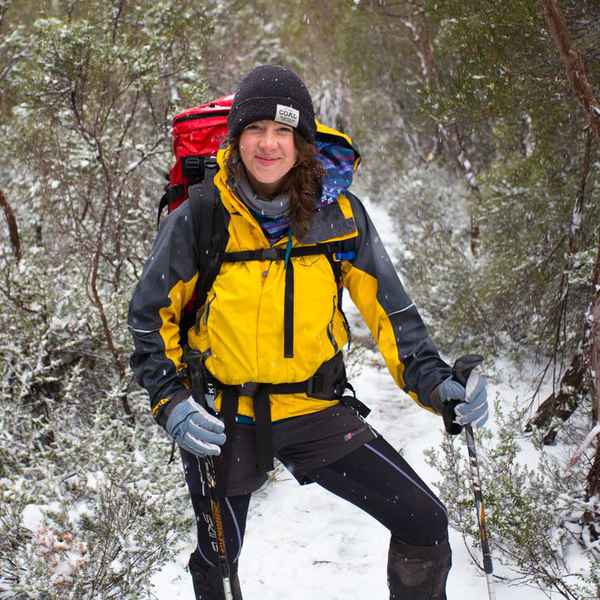 Back in my day (2016 to be precise), there was a quiet, curly-haired new fella who sat beside me in Outdoor Leadership class. At lunch, we mostly moved in different social circles, but through sharing the same desk space we got to know the basics about each other. Details such as; what other subjects we were studying, what music we liked and if we knew *insert the name of a random person whom the other might know*. Despite enjoying the exchange of these pleasantries, three months later, they were still the bordered extent we allowed our conversations to roam within.

Curiously, on our first camp; I learnt what he was passionate about, what he valued in life, why being a physio was important to him and other more personal aspects of his character which aren’t mine to rightfully share. You may be led to believe that this sudden, profound connection was the result of some record-breaking month-long expedition into the wilderness. Where we had to undergo severe starvation, fight off polar bears with nothing but snowballs and our freezing frost-bitten hands in order to survive and that’s the reason our connection reached these new heights in such a short space of time. In actual fact, we had only spent six days together in the Cradle Mountain area (where, just to clarify, there are no polar bears).

It’s a strange thought isn’t it? That spending 6 days venturing through this marvellous and pristine environment had such unique way of bringing people far closer together than what three months of their regular daily life did. As much as I wish I could say I did, I don’t have the perfect answer as to why this happens, but here’s my theory:

It seems the trails have a way of eventually showing people how similar opposed to how different they are. Without the facades of day to day life distorting the fact both parties are ultimately, only human, we get bestowed with a rare opportunity to express more sensitive subjects such as vulnerability and uncertainty. We are granted the opportunity to feel uncertain about what’s to come in the following days and for that to be completely okay and accepted because, guess what, everyone’s in the exact same boat.

Through this more open way of being, we become more in-tune with those around us and perhaps even more importantly, ourselves. Stepping into a new experience and trusting that we will be okay, gives us the opportunity to step away from what we are familiar hiding behind, be it conscious or not, and opens up an opportunity for honest and meaningful connections.

The relationships that augment from these moments are the reason I love guiding so much, I hope you get to experience them as well.