It all begins in Luke’s Hobart kitchen. He prepares for days. He gathers seasonal produce from his long-time suppliers. This mission is about detail and forward thought. What’s going to fit in the backpack? Is this garnish going to fair in transit? What notes of a wine will sing with this deep-sea catch? Luke spends days meticulously crafting each course for an immersive, memorable and most of all delicious experience.

Meanwhile, guests begin their Three Capes Restaurant at the Edge of the World experience. Based on our Signature Three Capes Lodge Walk, the 48-kilometre adventure spans four epic days along some of the Southern Hemisphere’s highest sea cliffs. This is no ordinary walk. There’s live instrumental music, layers of storytelling and of course, great food.

Out on the trail towards the end of each day, chatter inevitably turns to, “I wonder what’s for dinner.” Legs are a little weary but somehow the pace quickens with anticipation of pre-dinner canapes and a rewarding sip.

On the final eve of the four-day walk, it’s celebrated chef Luke Burgess who’s waiting to greet at Pillar Lodge. That final pinch uphill is worth the climb. Guests can kick off their boots and sneak under a rainforest mist shower, while Luke tends to their five-course degustation.

Luke’s talent in the kitchen has taken him around the world. Beginning his career in Sydney, working in Tetsuya’s restaurant, he’s also honed his food and wine knowledge at famed Noma in Copenhagen. He’s been named best new talent by Australian Gourmet Traveller magazine and even featured on a French documentary, ‘Happiness is on the Plate.’

Though he’s worked in global kitchens, it’s Tasmania that excites Luke most as a chef. Access to artisan growers and local producers lured him to move here in 2006. Many would know the success of his Hobart restaurant, Garagistes, an icon that placed Tassie on Australia’s foodie map. More recently, he’s been flat out serving long Sunday lunches at Seven and a Half, in a stylish pod atop a city building.

Whipping up a storm in Hobart’s capital is one thing. But there’s nothing straight forward about bringing a first-class dining experience to the world’s edge. In his home kitchen, Luke pre-prepares 80 per cent of the experience. He then deconstructs the courses and walks them in. It’s not light work when he may just be carrying live oysters submerged in ocean water.

“It’s a 26-kilometre return hike with about 23 kilos in the pack,” explains Luke. “I’ve really enjoyed getting out there in nature but, equally it’s the wilderness that dictates how we dine. I need to consider what will fit in the pack and minimal use of appliances out there in a remote, off-grid lodge. It’s an amazing challenge.”

Once Luke arrives, he begins to reconstruct the courses. Each one is served up with a story of his boutique suppliers. He’s passionate about every ingredient and its relationship with the Tasmanian environment. 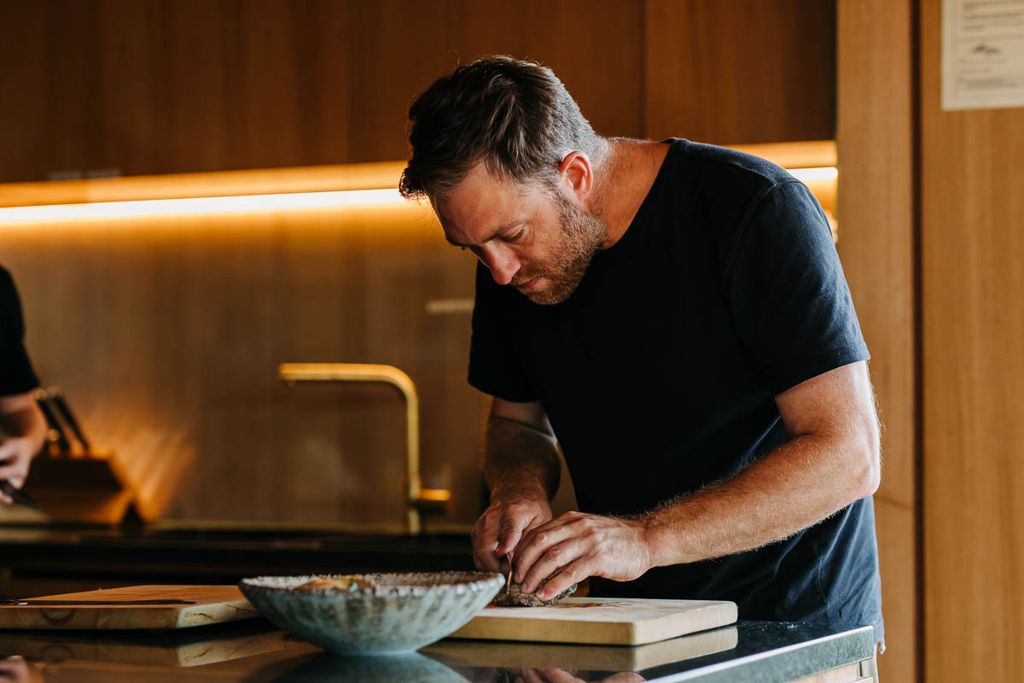 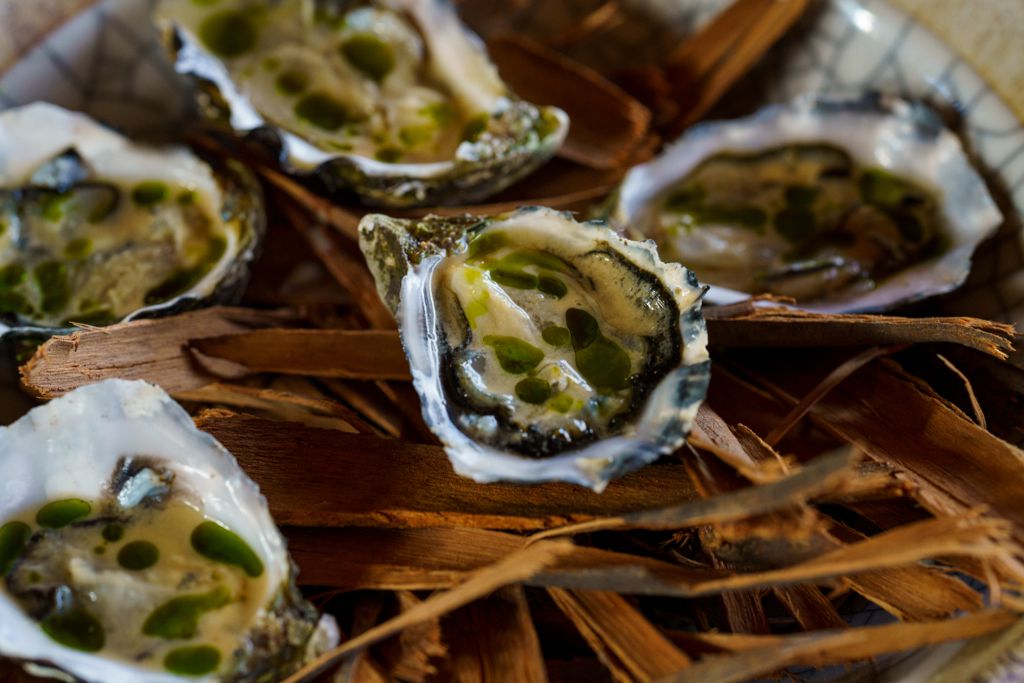 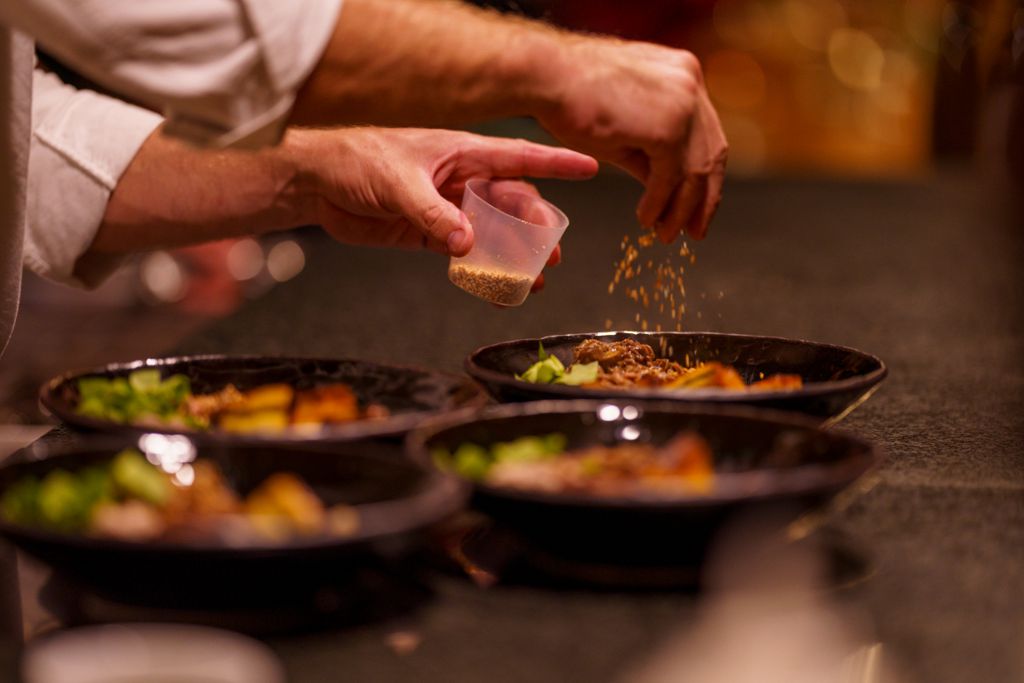 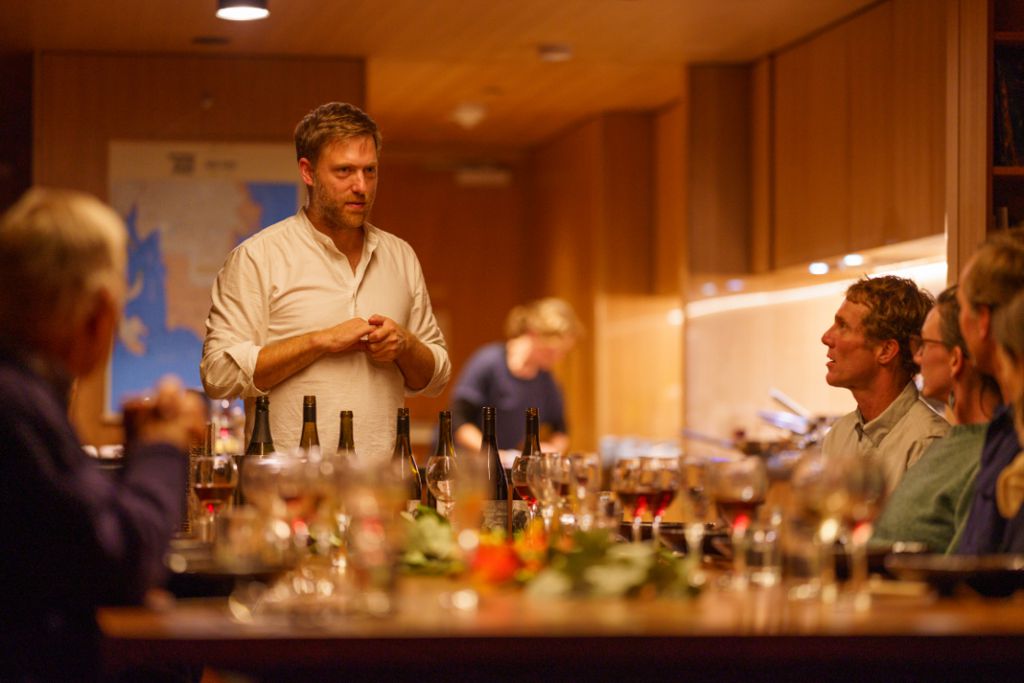 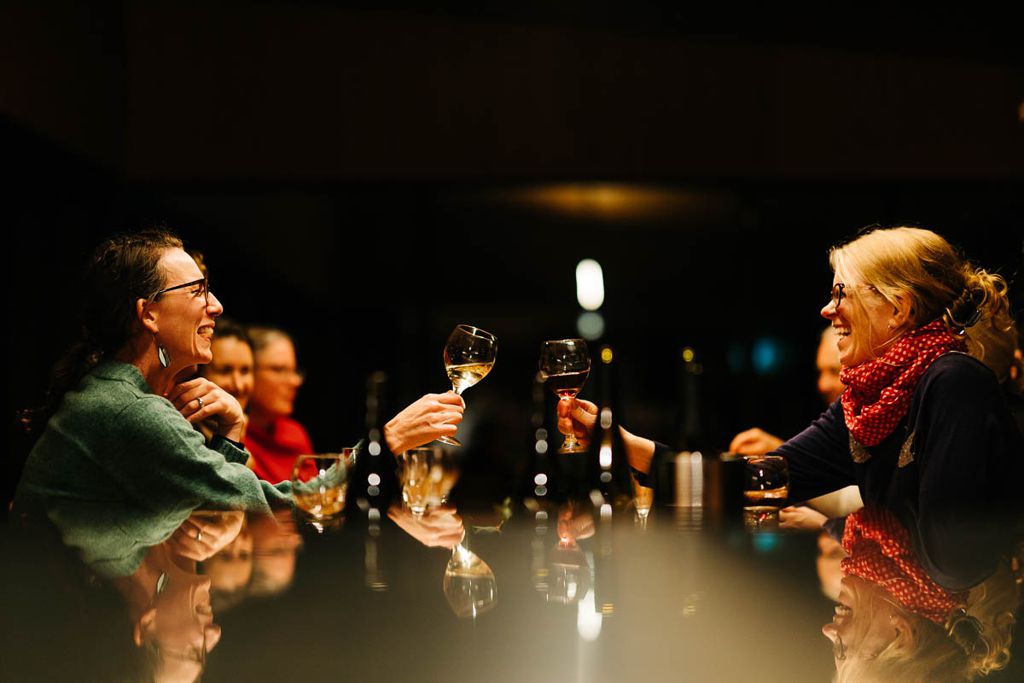 Winter is a great time to showcase Tasmania’s seafood including abalone, sea urchin roe, Angasi oysters and deep-sea snapper from our cool waters. Late autumnal and early winter ingredients also include the likes of pumpkin, new season walnuts, hazelnut and citrus. For wine lovers, stories flow about their provenance and makers. Some are edgy. Some are refined. Every bottle is selected carefully to complement Luke’s courses.

“There’s something really special about how people arrive for dinner at Pillar Lodge. They’ve been out hiking all day; listening to stories, immersed in the aromas of the bush, hearing the crunch of rocks on the path, noticing nature’s texture and colour, then they come inside,” describes Luke. “They haven’t been preparing in a ceremonial way for a nice dinner out. Sometimes they just arrive in walking gear. Everyone tends to be in a really relaxed state, the walk having prepared them for a hearty meal of ingredients linking back to the environment.”

Whether it's flavours of an indigenous food that would have been sourced in Tasman National Park or fresh ling from nearby salty waters, each course is a journey of discovery. It’s about slow appreciation, wrapped in a cosy cocoon in the wilderness.

“What I love about this experience is the connection between people and the opportunity to disconnect from screens and daily stress. Out there, no one is scrolling with one hand and holding a fork in the other,” smiles Luke. “Everyone is fully present and that’s what you need to feed people well.”

Next morning, Luke packs his backpack and completes the 26-kilometre return trip a little lighter than before. It’s our guess that his quiet time walking involves dreaming up new Edge of the World menu ideas; in a restaurant as flavourful as it is remote. 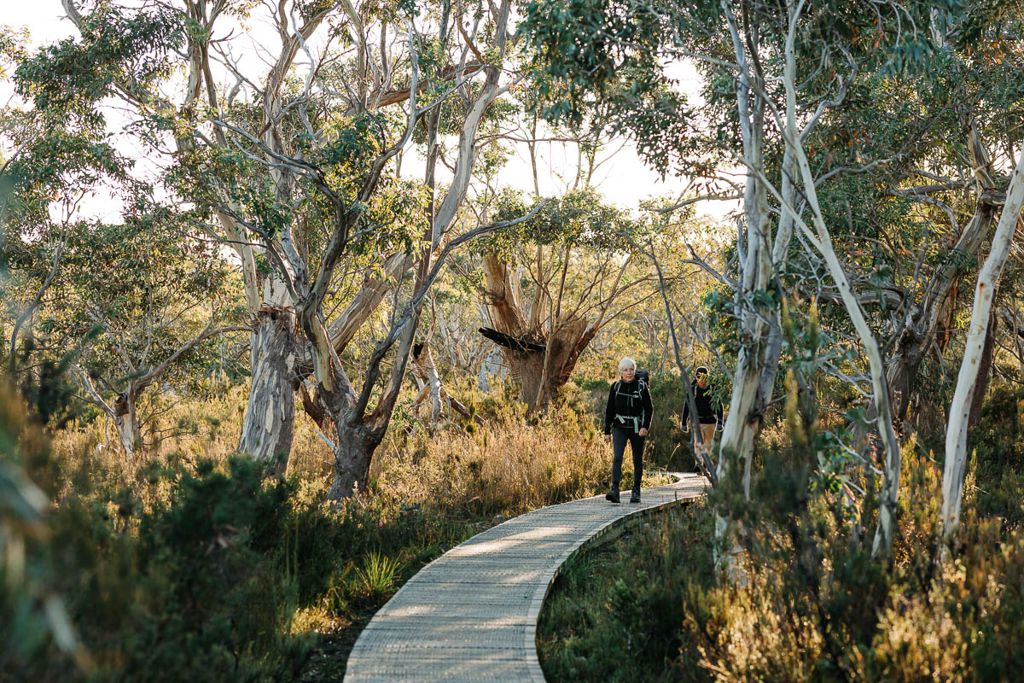 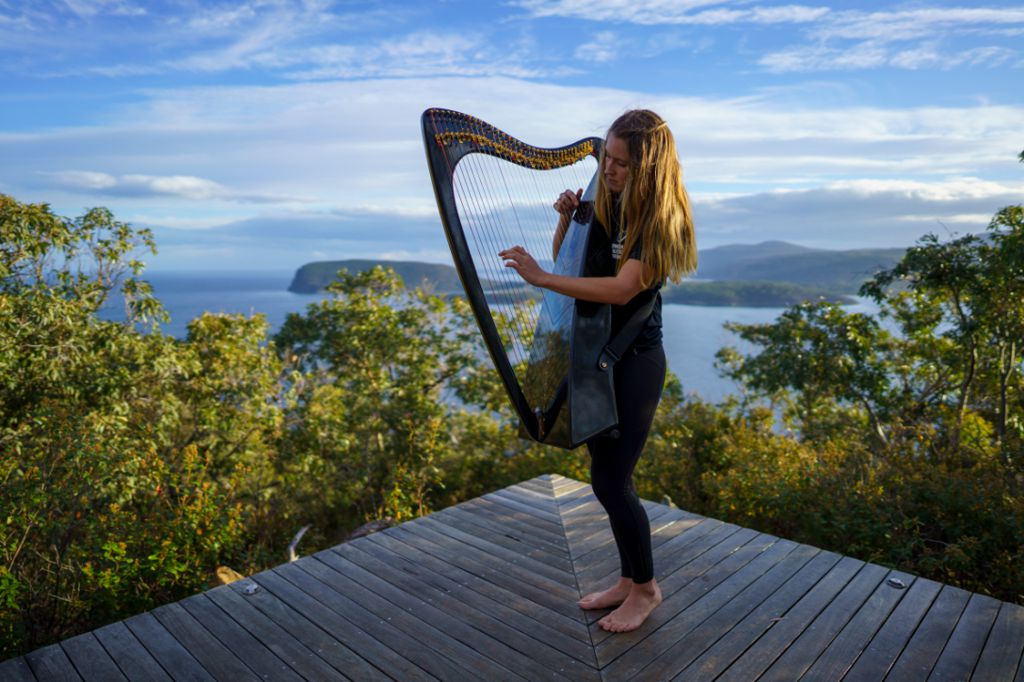 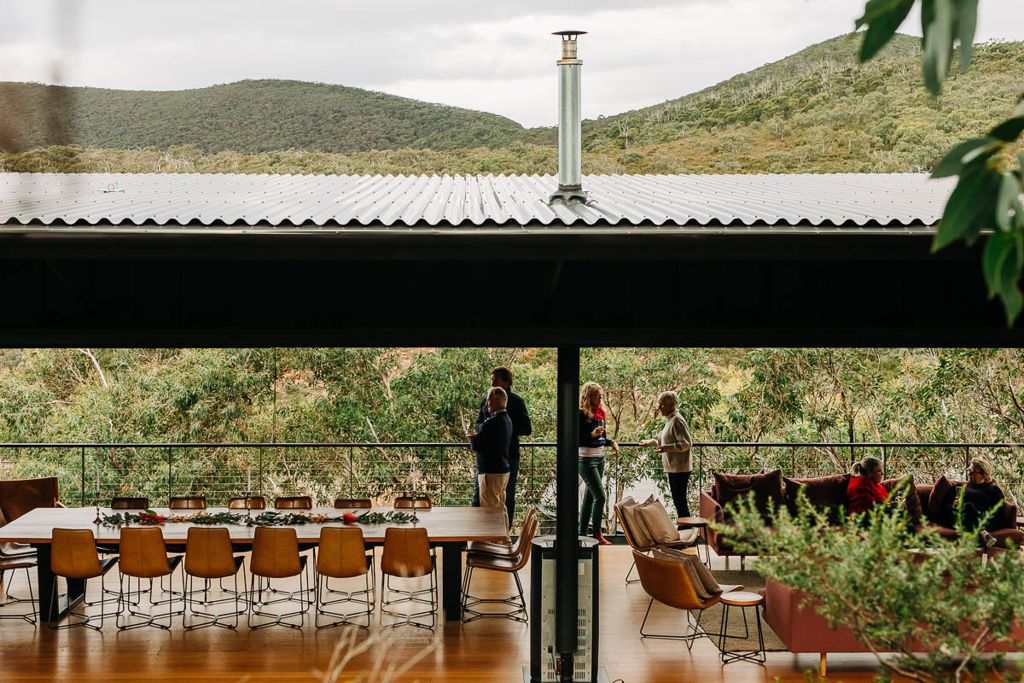 We're thrilled to present our 2022 Winter-Summer Special Interest Walks Program. Inspired by the seasons, we have partnered with other businesses and leaders to offer extraordinary creative, wellness and educational walks. We hope you’re inspired to try something new!

In this Gourmet Traveller article, on route to Restaurant at the Edge of the World, Fiona Donnelly finds herself falling in step with nature while trekking Tasmania’s wild Three Capes Lodge Walk.

There are many moments that will take your breath away on Tasmania’s Three Capes Lodge Walk, and stepping barefoot into the clear and icy waters of Denman’s Cove as you leave the private launch to begin your journey is the first...